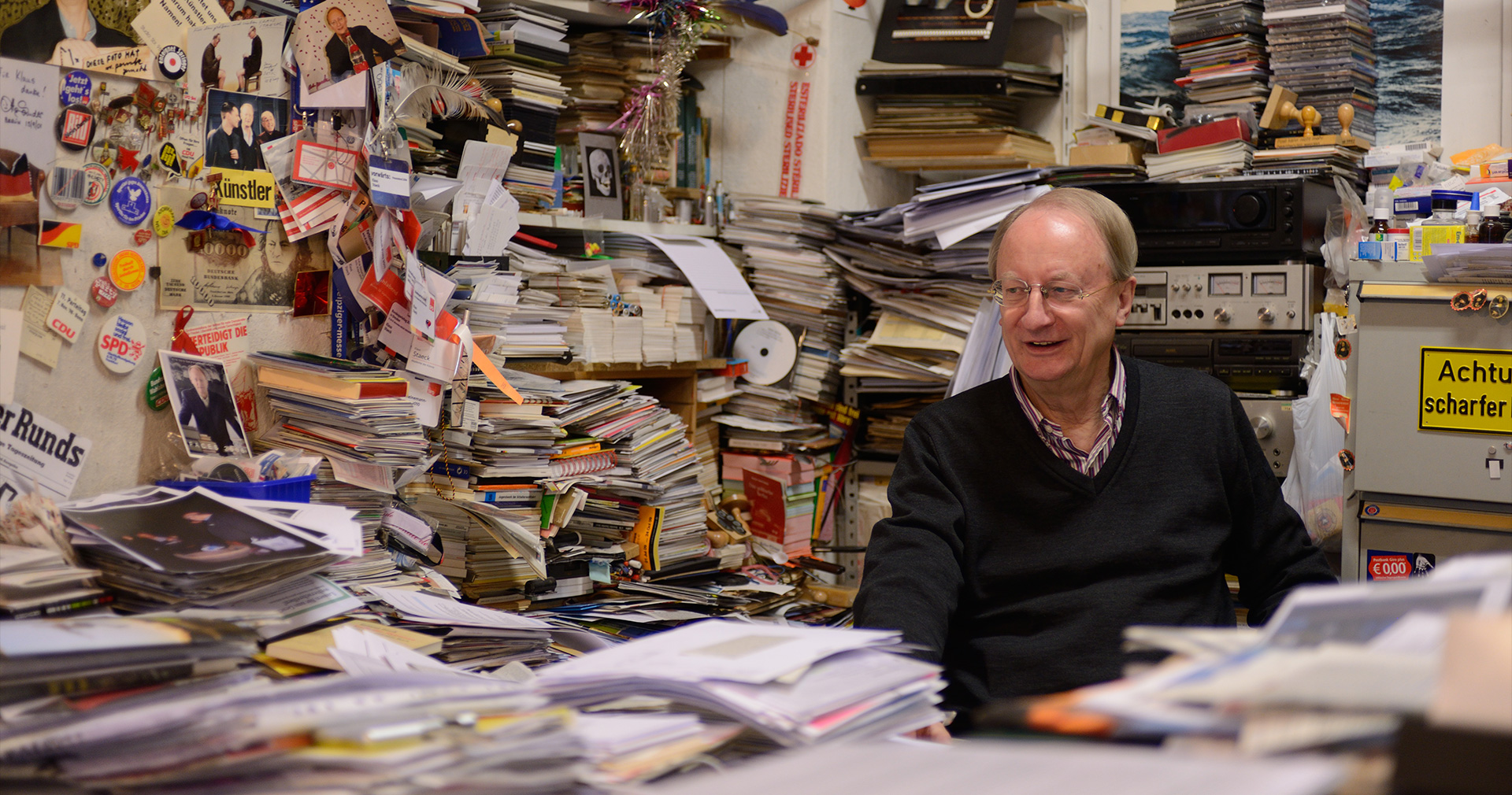 Collecting societies are consortia of authors (or other rightholders, such as publishers or film producers) who have banded together in order to jointly exercise rights that individually can only be administered with difficulty, if at all. Their purpose is to grant licences and to collect and distribute to the beneficiaries the remunerations due to them.

Although the law provides that certain copyright claims can only be administered by collecting societies, these are not official authorities, but rather organisations funded by their members. Collecting societies do not perform statutory tasks, nor are they run by the state.

Collecting societies manage the rights and claims that, for practical or legal reasons, authors are unable to manage themselves. They enable users to clarify rights easily and give rightholders a means of exploiting their copyrights in the first place.

In principle, the law leaves it to the author to decide whether and under what conditions they allow others to use their work. However, there are exceptional cases where the law allows use without the author being able to object. These ‘exceptions of copyright law’ are the consequence of the social reasons for restricting property rights. In compensation, the law generally grants the author a remuneration claim, which can normally only be administered by a collecting society.

Collecting societies must on the one hand offer to enter into an administration agreement with any rightholder and may not refuse anyone. On the other, they must offer a licence on reasonable terms to any user of rights who requests one. They cannot generally refuse to license use.

Rates must be objective and non-discriminatory. Most of the rates of VG Bild-Kunst are negotiated with the users or their associations and are published as generally binding schedules. Users who question the appropriateness of the rates can appeal to the arbitration board at the German Patent and Trade Mark Office. The arbitration board will review the rates on the basis of comparable circumstances and previous practice (“what is usual is reasonable”).

AGICOA was formed in 1995 by GWFF, Gesellschaft zur Wahrnehmung von Film- und Fernsehrechten mbH (Society administering film and television rights) and AGICOA Geneva. Its aim is to administer, as trustee, the royalty claims due under the Copyright Act from wired and wireless retransmission of cinematographic works for film producers in Germany and abroad from participating authors, other rights owners, film users and distributors and to distribute the revenues collected to the rights owners. www.AGICOA.org

Corint Media is the collecting society for private television and radio broadcasters based in Berlin. It represents the copyrights and related rights of the private broadcasting industry in Germany and Europe. Corint Media protects the interests of 128 broadcasting stations. The companies it represents include nearly all the German private TV and radio broadcasters operating in a variety of sectors. The international TV broadcasting stations include, among others, Al Jazeera, Bloomberg, CNBC, CNN International, Comedy Central, euronews, FRANCE 24, Net5, PRIMA TV, PULS 4, SBS 6, TV2, Veronica. www.corint-media.de

In Germany GEMA administers the copyrights of more than 67.300 members (composers, lyricists and music publishers) as well as those of over two million rights owners from all corners of the globe. It is one of the largest authors’ societies in the world for works of music. www.gema.de

Anyone who performs artistically or creates the commercial basis for such an activity must receive money for the utilisation of his or her performances. The Gesellschaft zur Verwertung von Leistungsschutzrechten mbH (GVL = Society for the exploitation of neighbouring rights) covers such usage. Each year, GVL passes on the money collected in trust directly to its rights owners in the form of a remuneration. The shareholders of GVL are the Deutsche Orchestervereinigung e.V. (DOV = German Orchestra Union) and the Bundesverband Musikindustrie e.V. (BVMI = Federal Association of the Music Industry). www.gvl.de

Gesellschaft zur Wahrnehmung von Film- und Fernsehrechten mbH (Society administering film and television rights), is a collecting society approved by the German Patent and Trademark Office under the German Copyright Administration Act. It was formed in 1982 by film and television producers with the aim of administering and collecting the royalty claims due to them and to film authors under the German Copyright Act for reproduction and secondary use. www.gwff.de

TWF administers the statutory royalty claims of producers of commercial spots under Art. 94 of the German Copyright Act pursuant to Articles 54 and 20 b of the said Act. It was approved in 2008 by the German Patent and Trademark Office and since 2011 has been a partner in ZPÜ (Central Organisation for Private Copying Rights) and a member of the Munich Group. www.twf-gmbh.de

VFF is the collecting society for the field of commissioned and own productions. Its rights owners are over 1,900 German producers as well as the public broadcasting organisations ARD and ZDF, the commercial subsidiaries of ARD and many private television broadcasters such as RTL, RTL II, VOX, DAS VIERTE, Tele 5, Sport1. www.vff.org

VG Musikedition is a collecting society administering music rights. Its members are music publishers, composers, lyricists and publishers of musicological works and it manages a wide range of copyrights and statutory royalty claims for them. The most important functions of VG Musikedition include granting schools, churches, music schools, child-care centres, adult education centres and other non-commercial institutions of training and professional development licences to copy sheet music (and song lyrics). A further field is the administration of rights pursuant to Art. 46 of the German Copyright Act and the licensing of exploitation rights arising from neighbouring rights. www.vg-musikedition.de

The collecting society VG Wort was formed in February 1958. It is a registered association by charter, in which authors and publishers have organised themselves into a society for the joint exploitation of copyrights. VG Wort is currently charged with the administration of copyright exploitation rights and royalty claims for more than 682,000 authors and publishers in Germany. Like all the collecting societies, VG Wort is subject to state supervision by the German Patent and Trademark Office. www.vgwort.de

Collecting societies enter into standardised administration agreements (equal treatment principle) with their rightholders in which the latter transfer certain rights and claims to their society. Internationally, collecting societies are linked together by a dense network of agreements with foreign partner organisations. This ensures that users can acquire the relevant repertoire from a single source.

Authors are at liberty to choose which rights they wish to transfer to which collecting societies and for which countries. Usually, however, they transfer the rights for worldwide use to their national collecting society, because the international network ensures that their rights are effectively protected worldwide.