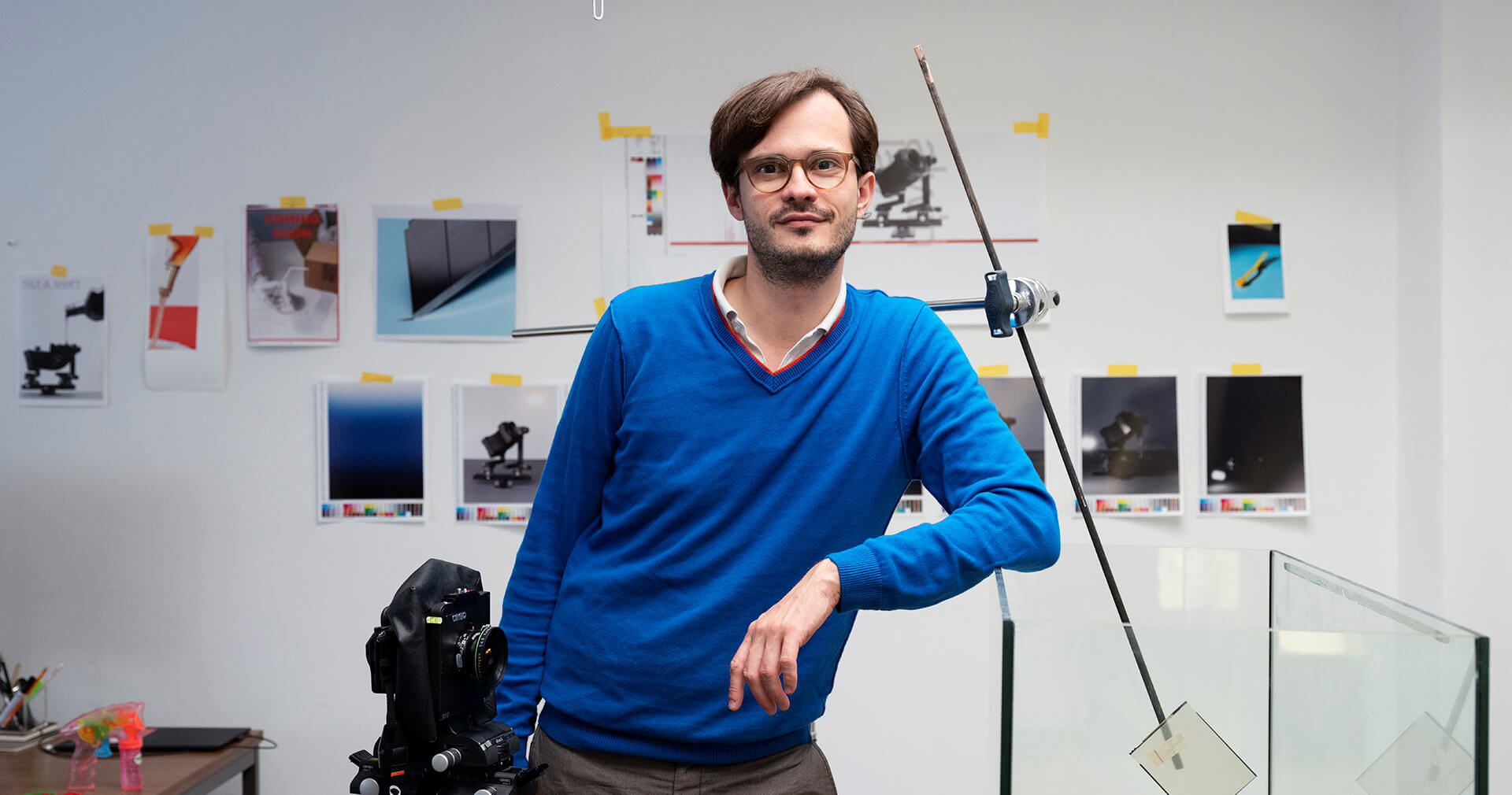 The new EU Directive on Copyright from 2019 has given rise to thoroughly modernise the legal framework for film authors in Germany. Since 2002, legislation has relied on individual contractual solutions in the lines of direction, camera, editing, production design, costume design and acting. However, these only partly deliver good solutions, especially if a professional association or trade union manages to negotiate an industry solution with producers. However, industry solutions are only rarely achieved. In addition, they do not structurally offer any solutions for forms of rights administration, which occur away from the producer. Thus, individual contractual solutions should be complemented by collective solutions. In contrast to film composers and screenwriters it is, however, not legally possible for film authors represented by VG Bild-Kunst to entrust any of their individual rights to a collecting society. Bild-Kunst advocates that German legislation should now swiftly resolve this unfairness and thus enable appropriate and proportionate remuneration for film authors in a rapidly changing film industry.

Currently, upon conclusion of the production contract, all film authors, with the exception of film composers, delegate their copyright usage rights to film producers. This is generally considered necessary to enable producers to assess the film work. However, the exception of film composers shows that there are other options: Films can still be assessed, even if the rights of the film composition are licensed by GEMA directly to rights administrators such as cinema operators, TV channels or streaming platforms.

The advantage of a collective rights management via GEMA is due precisely to this: The remuneration of composers is paid by those who generate the proceeds from end customers. A remuneration proportional to the market success is guaranteed, as recently stipulated in the new EU Directive on Copyright in article 18. Film producers cannot guarantee such remuneration as they are only part of the rights administration chain without having access to end customer proceeds.

What prevents other film authors from having some usage rights administered by their collecting societies?

This would be legally possible for screenwriters. They are considered “authors of pre-existing works” and, strictly speaking, other rules apply to them than to film authors, whose contributions are inseparably integrated into the film work. This relates to authors in the lines of production, camera, editing, production design, costume design and other participants, where applicable. As per section 89(2) German Copyright Act (UrhG), it is in fact impossible for these film authors represented by VG Bild-Kunst to assign usage rights to their collecting society in advance. By law, they are thus denied the collective rights administration. This has long been different in France, Italy, Spain, the Netherlands, Poland, Belgium and Switzerland. In these countries, collective societies can act on behalf of film authors for all or selected forms of rights management.

VG Bild-Kunst would like to confirm if there are legal grounds for the special role in Germany. In particular, the question was raised if section 89(2) German Copyright Act (UrhG) could be updated in such way that an advance assignment of rights of film authors to collecting societies is possible. Alternatively, VG Bild-Kunst wanted to confirm if claims to direct remuneration in favour of film authors could be established by German legislation. Both options would enable film authors in Germany to benefit from collective rights management going forward.

The commissioned legal report by professors Dr. Axel Metzger, Humboldt University in Berlin and Dr. Mathias Leistner, Ludwig Maximilians University (LMU) in Munich, analyses the international, European and German framework and concludes that there are no legal obstacles to modernising the German legal framework. There are two possibilities given for this modernisation.

Such a structure would allow film authors to delegate exclusive copyright rights for future film works to a collecting society. This would result in a legal equalisation with film composers and screenwriters in Germany.

In its section on comparative law, the legal report shows that claims to direct remuneration have been established for film authors in many European countries. These claims are administered by collecting societies and, by law, are addressed to rights administrators of film works, and not directed against film producers. Thus, film authors in selected rights management lines are positioned as if they had exclusive rights administered by a collecting society. Claims to direct remuneration are not prohibited by international law.

The legal report concludes that no objections to the German constitutional law can be raised against claims to direct remuneration. On the contrary, German legislation would thus “follow the flow of European legislation”.

Claims to direct remuneration would have to be structured in such a way that they are subject to the administration by collecting societies in order to ensure that rights administrators re not exposed to claims from all sides. One disadvantage is that the individual film author does not have any choice. However, this circumstance is outweighed by the advantage that a claim to direct remuneration, once implemented, would also include previous works.

The legal report proves that no legal grounds can be invoked against an initiative of the legislator. It is now up to the legislator to change the legal framework in such a way that film authors also have equal opportunities in enforcing their claims.

An introductory review of the German Copyright Act reformed 18 years ago, presented by Jobst Christian Oetzmann, Board of VG Bild-Kunst for film authors, showed that individual claims to appropriate remuneration for film authors, which came into effect in 2020, have almost had no effect. The reason for this is that section 32 German Copyright Act (UrhG) limits the claim to appropriate remuneration to the contractual partner. However, this is always the film producer who is not at the sources of income in an industry strongly characterised by rights administration chains. In turn, the remuneration based on fairness according to section 32a German Copyright Act (UrhG) does not work in practice, as it cannot be enforced. No active film authors will risk a blacklisting by taking legal actions against their producer. Whoever does take legal actions may get involved in a lawsuit that will last for years. The Vacano trial with a duration of 13 years is a warning for every film author. Only recently, the Federal Court has referred the case back to a Higher Regional Court, which will again extend the duration of the trial by at least three more years.

Dr. Urban Pappi, Executive Board of VG Bild-Kunst, stressed that the new copyright directive now stipulates that an appropriate remuneration must also be proportionate to the market success of a work. A film producer cannot structurally guarantee this in the case of new online usages, e.g. the usage on YouTube, as the film producer does not have access to the proceeds of YouTube in which a film author can participate proportionally. Common remuneration rules and collective agreements do not change this, because these methods are also designed to bring about a contract between the film author and film producer.

Prof. Dr. Axel Metzger, Humboldt University in Berlin kicked off the event with a keynote presenting his legal report commissioned by VG Bild-Kunst and jointly prepared with Prof. Dr. Matthias Leistner, Maximilians University in Munich. It deals with the question of whether the German Copyright Law can be further updated in such a way that a collective rights management is possible for directors, camera crews, editors, set and costume designers and other film authors, thus achieving legal equalisation with screenwriters and film composers. According to the legal report this is easily possible. The legislator even has two alternatives for eliminating the unfair position of film authors represented by VG Bild-Kunst. On one side, the specific German method could be maintained, and a counter-exception be added to section 89(2) German Copyright Act (UrhG) in favour of collecting societies. This would enable the entry into collective rights management for selected forms of usage, but only for the main director or for online forms of usage if applicable to all. Alternatively, and in accordance with many other European regulations, German legislation could also grant film authors claims to direct remuneration for selected forms of usage. These would allow collecting societies to claim royalties directly from rights users, e.g. YouTube. There are no restrictions to this alternative.

Afterwards, there was a lively discussion on various possibilities of modernisation with the involvement of the audience. The panel included Tabea Rößner, member of the German Parliament and spokesperson for network policy of BÜNDNIS 90/DIE GRÜNEN (Green Party), Martin Rabanus, member of the German Parliament and spokesperson of SPD for culture and media, Dr. Michael Kühn, in-house counsel of NDR and Niki Stein, author and director. Involvements from the audience included Dr. Susanne Pfab, secretary general of ARD, Prof. Dr. Mathias Schwarz, lawyer and in-house counsel of the producers’ alliance (cinema and animation), Thomas Frickel, long-standing director of AGDOK and Dr. Michael Neubauer, director of BVK.

The common line taken by all parties involved was that, in implementing section 17 of the new Directive on Copyright, legislation must provide film authors with means to enable them to participate in new platform revenues. Here, a statutory claim to direct remuneration presents itself, which can be administered by collecting societies and asserted against platform operators. This requirement ties in with the protocol declaration of the Federal Government on the EU Directive of 15 April 2019: “We are going to examine how the fair participation of creative minds in these licensing receipts can be secured through claims to direct remuneration, even if the online rights are held exclusively by the label, publisher or producer.”

Beyond this consensus, VG Bild-Kunst also considers it sensible to use the means of collective rights management for other forms of rights administration of film works. The bundling of rights with producers may be correct, however, this pooling must be matched by an achievable and enforceable claim to remuneration for all authors of the film work. Without a new legal framework for it in Germany, regional authors in the lines of direction, camera, editing, production design and costume design will fall back in comparison to European standards.

The aim of VG Bild-Kunst is to start an industry dialogue to establish a comprehensive solution for the industry. At the same time, approaches to collective and individual contractual solutions should be used sensibly and wherever they are most effective.