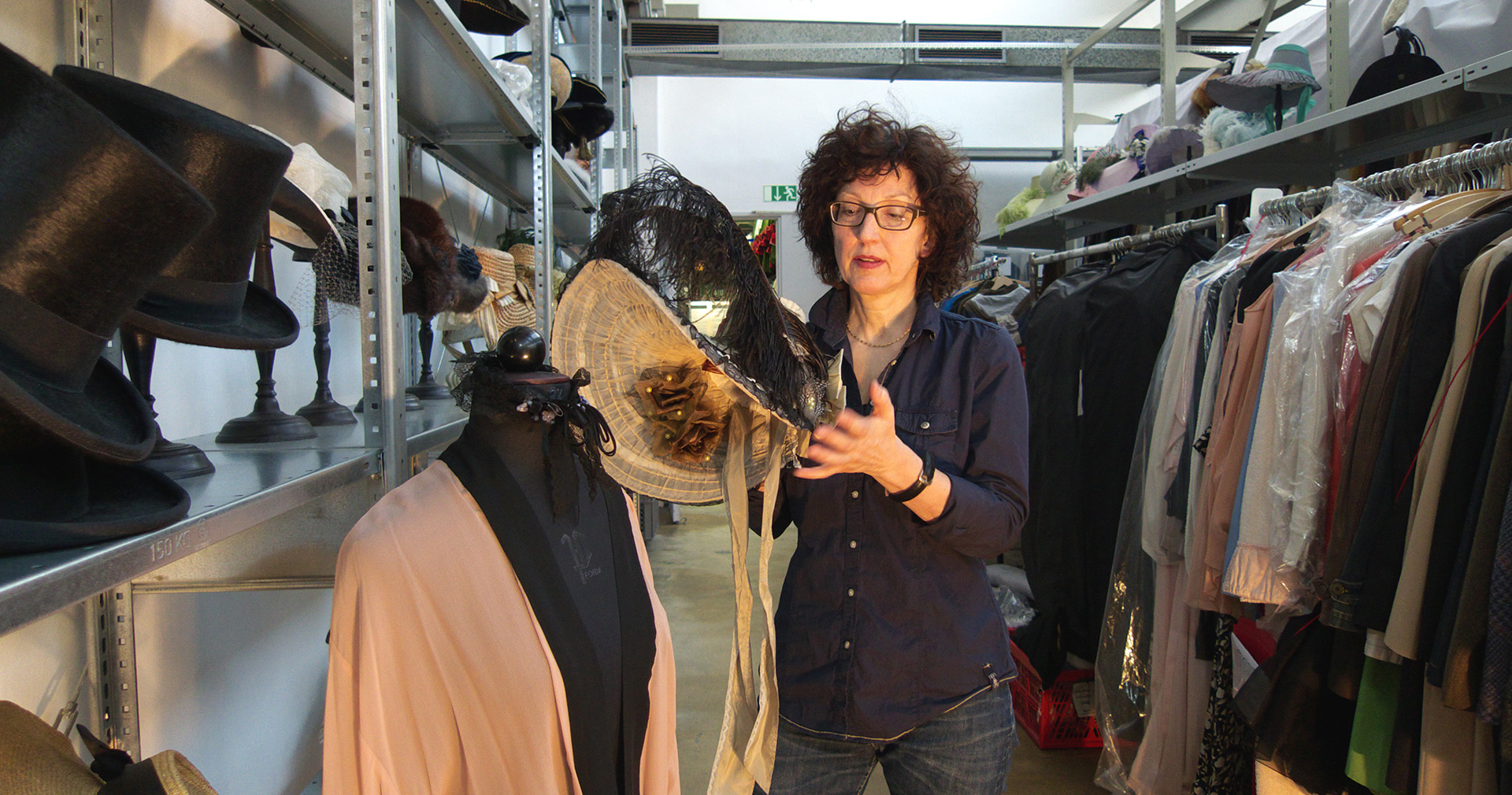 An execption to the reproduction right
Private copying was born from copyright law adapting to the evolution of creative works’ consumption. It is a modern tool, capable of adapting to current and future practices.

The private copying system allows consumers to copy their music and audiovisual works from one device or multimedia carrier to another for personal use as much as they like without seeking the authorisation of the rightholder. It derives from the idea that it would be impractical for consumers to seek rightholders' authorisation each time they want to make a copy for private use.

The private copying system is a balance between the freedom to copy and rightholders' fair compensation for lost income opportunities, e.g. via the agreements they could have concluded if there were no exception.

The Padawan CJEU ruling (C-467/08) made clear that levies should be calculated according to the assumed harm sustained by rightholders by the private copying in question. In addition it stressed that whereas the harm of an individual copy is perhaps negligible, the harm caused by millions of copies is considerable.

A fair compensation
The fair compensation is the condition for the private copying exception. It compensates creators’ inability to enforce their authors’ rights and the economic harm suffered by rightholders for the lost income opportunities. Such compensation is organised in most Member States via a system of levies applied to recording media and devices.

It is Not a tax – it is not collected by the State to supply the general budget and support public policy goals. The levies are organised by rightholders and their collective management organisations to compensate the harm caused by copies made outside the creators’ control and thus without any possibility to request payment for them.

Private copying remuneration is a very important source of income for creators. It represents on average 5% of authors’ revenues, with significant differences from one country to the other. In France for example, 179 million Euros in private copying levies for all rightholders were collected by Copie France in 2012. 47.3% of this amount was distributed to authors across all repertoires. SACD and Scam, two French audiovisual authors’ collective management organisations respectively collected 8.8 and 5.16 million Euros for their authors.

In a very uncertain environment for audiovisual authors, it is a reliable source of remuneration which is often invaluable during unpaid time spent developing projects.

Private copying remuneration operates in the virtuous economy of copyright which generates income distributed directly to authors. This remuneration helps authors achieve financial independence, stimulating their creativity and artistic freedom whilst allowing them to focus entirely on their art.

Collective management of the fair compensation
Private copying remuneration is a guaranteed remuneration for audiovisual authors because it comes directly from the collective management organisations (CMOs) and does not go through the contractual chain of rights which, in the audiovisual sector, can involve many intermediaries (producers, co-producers, international sellers, local distributors, broadcasters, DVD publishers, VOD services, etc.) which represent blocking points in the ascent of the remuneration to authors.

In most countries, the audiovisual private copying remuneration is distributed to authors, performers and producers of audiovisual works according to fixed shares (sometimes stipulated in the law), which guarantees that audiovisual authors receive a fair share (no less than 30% of the collections).

Funding for cultural and social activities
Audiovisual authors are also attached to the possibility of allocating part of the private copying remuneration collected for social and/or cultural purposes. Said possibility exists in most Member States where the exception has been implemented and some of them have even made it compulsory. 17 SAA members out of 25 apply cultural and social deductions which range from 2% to 50% of the private copying remuneration collected. Where it is not imposed by law, it is the decision of the creators’ community of the CMO.

No impact on the cost of devices
Even though the ones who are liable to pay the fair compensation, i.e. the manufacturers and importers of recording media and devices, can pass the burden of financing it on to private users, it is noticeable that prices of such products across Europe do not vary in proportion to the levy rates.

In Spain, the removal of private copying levies in 2012 has had no effect on the prices of the devices and media and allowed manufacturers and retailers to increase their profit margin. Consumers did not at all benefit from removal of the private copying levies. The cherry on the cake is the fact that the Spanish government is now thinking of reducing the scope of the exception for private copying in order to justify the very little amount of the fair compensation it put in place from 2012: 5 million Euros (in contrast to the 115 million collected in 2011) out of the State budget.

Not just CDs and DVDs
Many accuse private copying levies of belonging to a bygone age of audio-cassettes and VHS but more copying for private use takes place now than ever before. The devices and media which enable or host private copies of protected works have increased, with storage capacities which have surged exponentially (new iPad of 128 Go, external hard disks of 5 To, etc.).

Consumers transfer songs and videos from computers to hard drives to phones to tablets to online lockers and back again in order to save and access their personal libraries whenever and wherever they want. All of these processes are undeniably acts of private copying.

This is based on a gross misconception of both the private copying system and the multitude of new digital services which provide access to protected works. Private copies cannot be licensed since they are covered by a statutory exception to copyright under the 2001/29 Copyright Directive. Therefore licensing and fair compensation for private copying can only be separate issues.

Moreover, if the private copying exception was questioned and private copies inserted into licences, the ones that would suffer most from such a change would be consumers and authors, the consumers losing their freedom to copy and the authors their fair compensation.

Double payments
Consumers should never pay twice for the same thing. Digital services should not license private copies when these are covered by an exception.

Furthermore, in the case where manufacturers/importers pay a private copying levy twice on the same equipment as part of a cross-border sale for example, then systems exist to ensure reimbursement of one of these payments. The CJEU ruled that levies are due in the country of residence of the private user since that is where the harm arises. The rightholders' proposal to introduce a single declaration point would facilitate declaration and payment procedures by manufacturers/importers.

Liability of manufactures and importers

The most efficient and cost-effective way to collect levies is to do so at the earliest stages of the sales chain, i.e. the manufacture or import stage. Shifting the liability to pay the levies onto retailers would render the system extremely complex and costly since this would considerably increase the number of those responsible to pay the levies (from 500 currently in France, with a small number responsible for the bulk of the sales, to approximately 20.000 according to Copie France) and the means needed to ensure billing and control systems (Copie France believes that it would have to deal with 40 times more information).

This prime responsibility of manufacturers and importers must go hand in hand with joint liability for all entities throughout the chain of sales down to the final consumer in order to avoid potential fraud and unfair competition. European right holders' organisations are willing to create a single European declaration point for manufacturers and importers in order to make the declaration process even less onerous.

Professional uses
Devices and blank media can serve other purposes than for the private copying of protected works. This should be taken into account when determining tariffs applicable to devices used to make private copies. In addition, there are cases where certain devices and media will clearly not be used for the purpose of private copying. We talk of 'professional uses'. In this context, exemptions and reimbursement systems should be in place to ensure that these equipment do not support levies. However, exempting any business from private copying levies would be excessive since equipment bought by companies can also generate private copies. The determining factor is the nature of the use, not the quality of the purchaser.

Consumer visibility
Private copying levies should be clearly visible on all bills and contracts in the products' sales chain, including on consumers’ invoices and till receipts. Consumers should be informed of the amount and destination of the levies and more generally the reason for this mechanism which compensates the freedom to copy they have thanks to the private copying exception.

Transparency of decision-making processes
The levy-setting processes should follow clear and transparent rules and be made public whilst respecting trade secrets. Information on applicable tariffs, the methods of calculation of such tariffs, usage studies and other data used as a basis for such decisions should also be published as well as information on the decision-making body (composition, decision-making and participation rules) and records of meetings, agendas and decisions.